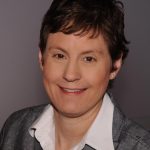 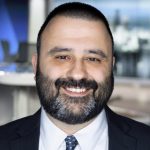 “On Wednesday Dominick Stasi was named to succeed Jennifer Lyons as news director of WGN-Channel 9 following Nexstar Media Group’s promotion of Lyons to vice president of news for WGN America. Lyons will oversee “News Nation,” a three-hour nightly newscast to premiere this summer on the Chicago-based cable network. Except for a brief interlude in 2018, Lyons held the top job since 2014 and has been credited with much of the station’s success as a broadcast news leader.”