For a news organization, Sinclair’s KVII in Amarillo, TX was a bit cryptic over the weekend with the following release on its website: 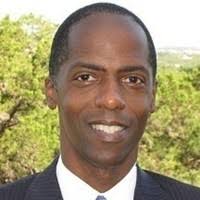 “KVII regrets to report that our morning anchor, Anthony Pittman, was arrested today by the Amarillo Police Department. The arrest and ultimate booking occurred in Randall County and he has since been released on bond.”

“An arrest is obviously not a conviction, but we will keep our viewers aware as the case progresses.”

It has since been updated since that initial Saturday posting, but not by much.

UPDATE: “We promised transparency in our reporting of the arrest of our colleague Anthony Pittman. Anthony has been charged with Class B solicitation of prostitution. It is considered a misdemeanor and with no aggravating circumstances, which do not appear to be a factor, the punishment if convicted is up to 180 days in jail and up to a $2000 fine. We will update this story as events dictate.”

Pittman, who’s been the morning co-anchor/reporter for the past six years, nine months, is still on the station’s website as of Monday morning as this is written.

May the reporting soon catch up with the damage control.