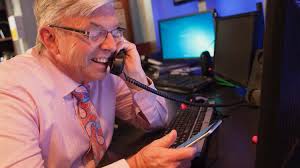 A year after his rather unceremonious exit from Capitol Broadcasting’s WRAL, former station chief meteorologist Greg Fishel has landed in a new position outside of the business.

Fishel is now a senior atmospheric scientist at Priogen Energy, according to his Facebook and LinkedIn profiles.

The company is based in Amsterdam, but Fishel is able to maintain his Raleigh residence while doing his job, which is to advise energy traders across the United States.

Fishel left WRAL last February after the company announced he was no longer at the station due to an unclarified”personnel matter.”

In a statement at the time, Fishel said, “I have been facing many personal challenges over the last year, and these issues have impacted my ability to work effectively and professionally. I take full responsibility for my actions and intend on meeting these challenges head on. WRAL-TV has accepted my resignation.”