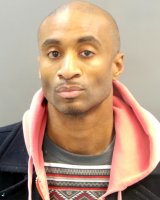 It was two years ago that Jeff Small, a former reporter for KSDK in St. Louis, was arrested after a traffic stop revealed several outstanding bench warrants and a small amount of drugs in his car.

His was  familiar face when it showed up after the arrest.

He’d been on television in St. Louis for 9 years and had worked at the station for a total of 19 years.

Small recently completed his rehab program and is now talking about what happened.

“I kind of went zero to 100 when it came to drugs. I didn’t touch them until I was 30,” said Small, now 46. “First it was cocaine. I was hitting all the bars, clubs, all the events. And being sort of a local celebrity, it was offered to me for free.”

“I thought, if these people can do coke, be popular, have a nice lifestyle, then why not me?”

“It got to the point where I convinced myself I needed (cocaine) to keep me going. I was doing it every single day, even doing it backstage at KSDK,” he said.

After leaving the station, he joined a public relations firm that worked with the city of Ferguson during the 2014 protests.

Over the next few years, he ignored the warning signs.

A 2017 incident in which he fell asleep at the wheel and collided with another car.

He was charged with misdemeanor and felony drug possession.

The journey back began in May of 2018 when he entered a drug rehab program.

Now, Small says he’s been clean for 13 months and he is looking for put his life back together.