New Orleans anchor and reporter Thanh Truong’s last day on air at WWL (CBS) will be Friday, but fans won’t have to go long without hearing his voice  again. 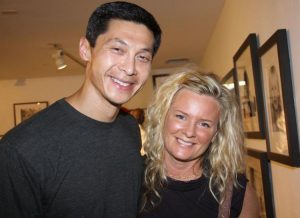 Later this month he and his wife, Anna Christie, will launch a true-crime podcast examining the mysterious death of Edward Wells, a teenager who frequented the French Quarter before his body was pulled from the Mississippi River in 1982.

Truong on Monday avoided discussing many details about “New Orleans Unsolved,” the podcast whose pilot episode is slated to debut Feb. 27. But interest in Wells’ case surged after a survivor of child sexual abuse in 2018 publicly accused a former New Orleans cop of having a hand in the death, which was classified at the time as a drowning rather than a homicide.

And evidence turned up by the husband-and-wife team’s project has prompted investigators from several law enforcement agencies to also revisit the unsolved deaths of three other teens who may have been targeted by an unidentified serial killer in the late 1970s, officials have said.

Truong on Monday described a mixture of excitement about the podcast and gratitude to the station where he has spent a decade.