Blaze Media has announced the US launch of Blaze Live, its ad-supported, 24/7 digital linear streaming channel, distributed via Pluto TV. 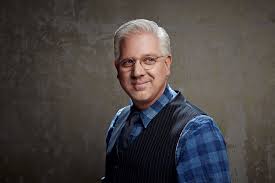 The news and entertainment channel will feature an array of first-run content from notable personalities like Glenn Beck, Mark Levin, Steven Crowder, Dave Rubin, Candace Owens, and many more. This free, ad-supported programming will represent a dynamic subset of the full array of premium programming available to subscribers on BlazeTV, Blaze Media’s direct to consumer OTT platform, which will remain the only platform to offer the complete BlazeTV programming offering, ad free and on demand.

“Since the launch of Blaze Media in December of 2018, we have been honored that viewers are increasingly turning to BlazeTV for bold, honest discourse and free expression, and as a more dynamic alternative to traditional cable news programming” said Blaze Media CEO and Beck relative Tyler Cardon.

“We are excited to partner with Pluto TV, which is filling a similar void for consumers who enjoy watching linear TV programming online. Pluto TV is a perfect distribution partner at a time when consumers are utilising so many new platforms, services and models to access and share the content they crave.”