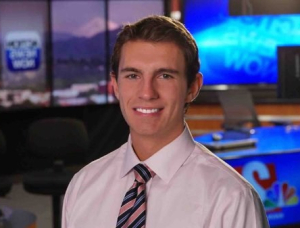 AJ Abell opened up about being diagnosed and recovering from novel coronavirus:

“On Monday, March 9, I became sick while skiing with my family in Aspen, Colorado.

My symptoms began with a light cough and, in a couple of days, progressed to body aches, chills and a much more painful cough.However, at that point, I did not think of the possibility that I could have contracted the virus because I still did not have a fever or shortness of breath — two of its hallmark symptoms.

That Monday night, I flew back to Nashville and that’s when things started getting worse.

By Wednesday, I had terrible body aches, a very productive cough and terrible night sweats; I was regularly coughing up golf-ball sized chunks of mucus.

I was tired, achy and was dizzy/nauseous throughout the next couple of days. My cough felt like someone set my chest on fire and my bed felt like I had just gotten out of the pool and lay down without drying off.

I was self-medicating with lots of Vitamin C, water, and DayQuil & NyQuil. I would regularly fall asleep throughout the day only to wake up in a burning sweat that would immediately turn to chills.

On Thursday afternoon, I went to an Urgent Care clinic. They tested me for the flu, which came back negative, and later prescribed some steroids and cough medicine for the coughing discharge.

On Thursday evening, however, I was reading the Aspen Times and other local Colorado newspapers when I found out that Aspen had the largest COVID-19 cluster outbreak in Colorado: 9 people were presumed-positive for the virus. Also, two guests at a resort in which we had dinner and drinks several times self-quarantined. Adding up the symptoms and my possible exposure, I began to think I may have it.

On Friday, I went to Vanderbilt to get tested for COVID-19. The wait was long and the test isn’t pleasant.

By now, my symptoms have started getting better: the coughing discharge was getting smaller and the cough was less painful. Though I was still tired and a bit dizzy, I had more energy. The night sweats were also getting less aggressive.

It took until Tuesday morning, St. Patrick’s Day, to find out I had tested a presumed positive. That afternoon, a woman from the Tennessee Health Department called to tell me my results had officially come back positive.

We then had a lengthy interview about my symptoms and anyone I may have had contact with during the last week. They take this very seriously and wanted to know every detail from my flight numbers and my exact seats to the names and license plates of my Uber drivers.

I have been quarantined since coming back and will stay quarantined until March 26, assuming things don’t take an unexpected turn for the worst.

By now, many of my symptoms have gone away. The cough is now mostly dry and the night sweats are less aggressive, though they are still there.

I feel like I am through the worst and have made it to the other side, but only time will tell what will happen next.”