From news director to general manager.

It’s what Chad Matthews calls a dream come true about his promotion at WABC. 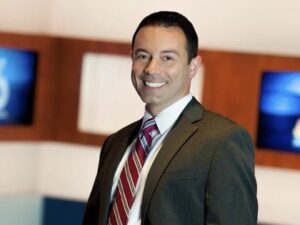 Matthews, who’s been the ABC flagship station’s news director for the past three years, will replace Debra OConnell, as president and general manager of WABC. OConnell was elevated to president of Networks for Disney Media and Entertainment Distribution last Fall.

Newsblues spoke to Matthews just hours after the announcement was made.

“I knew as a child I wanted to work in New York City in some aspect of television.  WABC was always my top choice and today’s announcement is a dream come true and I hope in some way can inspire others to never stop reaching for their goals.  I would not be here without the super team at WABC whose talents, determination and work ethic have made us #1 for many years,” Matthews said.

“As news director of WABC, Chad has repeatedly proven his incredible dedication to the station and the community ABC7 serves,” said Wendy McMahon, president of ABC stations. “During his tenure, he led the direction and modernization of the market’s leading local television news and information brand, increasing audience reach and engagement while expertly navigating change and driving innovation. Chad is an insightful, forward-thinking and collaborative executive who will continue successfully leading ABC7/WABC-TV forward.”

Matthews started at WABC in 2000. He quickly rose to senior executive producer then left the station in 2012 to become the assistant news director at WTVJ in South Florida. He returned to New York in 2017.