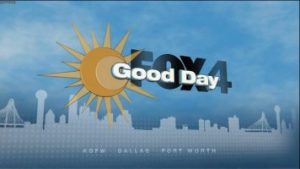 Acting on the assumption that you can never have too much of a good thing – which, of course, requires that you regard “Good Day” as a good thing, Fox O&O KDFW in Dallas is bumping “Live with Kelly and Ryan” to 10 AM so it can add still another hour to it’s top-rated “Good Day.”

Starting in September, “Good Day” will run from 4 am until 10 am.

It was only last month that the station pushed back the programs start time to 4 AM, tacking on an extra half-hour. 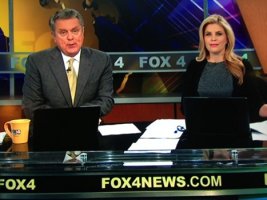 We can only hope.

A daily six-hour block is a rather punishing tour of duty for even the most starry-eyed tv news wanna-be.

One possible solution evidently being tossed around is to have Ryan and Przybyl start their days perhaps one hour later while ending them a full hour later.

Those “additional personnel” to which vice president/news director Robin Whitmeyer referred will likely take up the earlier hours slack.