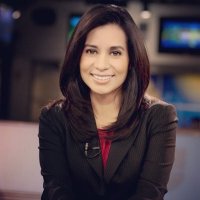 Four years after she left Univision’s KXLN in Houston, Miriam Pineda is returning to television news with Tribune’s KIAH.

The former reporter and anchor will be an assignment editor for the news department.

After leaving Univision in 2014, Pineda spent a year serving as a spokeswoman for the Houston Independent School District.

She then worked as a freelance journalist before connecting with KIAH.