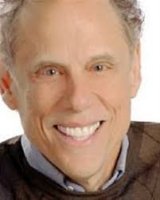 Pittsburgh area news watchers still have questions about the status of veteran KDKA reporter Dave Crawley who’s been MIA for the past ten months.

As we reported to you back in February, Crawley, who is approaching a 30 year anniversary with the station this year, was injured performing a stunt on the Red Bull Flugtag, a signature attraction at the Pittsburgh Three Rivers Regatta last August.

As we related back then, Crawley reportedly ruptured his spleen in the stunt but his lawyer, Washington, D.C.-based civil rights attorney Ari Wilkenfeld of Wilkenfeld, Herendeen & Atkinson wasn’t saying much beyond that.

Nobody is STILL not saying much.

“The Pittsburgh Post-Gazette’s” Rob Owen, in response to a viewer question about Crawley’s status, reached out to Crawley to ask about his possible return.

Crawley’s rather terse answer: “I don’t have an answer for you yet.”

And we’re betting the billable hours continue to add up.