Night-time and in person. 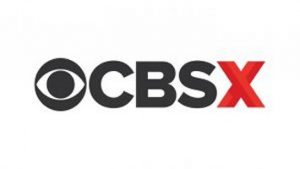 CBSX, or CBS Experiences, is a brand-new unit of the company that is behind the planning of “An Evening with CBS Sunday Morning Live,” which is what we’re told is an immersive event.

The 90-minute ticketed event will at Town Hall in New York City on Monday, Oct. 1.

CBS says it will “capture the essence and spirit of CBS Sunday Morning in an informative, engaging theater setting.”

Jane Pauley will host the event joined by the show’s correspondents.

CBSX will focus on expanding the reach of CBS programming and properties through what the company described as “live, entertaining and interactive encounters.”

“An Evening with CBS Sunday Morning Live” is the first of an expected variety of ticketed and sponsored events and touring exhibitions to offer deeper, more immersive experiences for fans, while also gaining new platforms for expanding on its merchandising strategy.

“Gaining new platforms for expanding on its merchandising strategy.”

Now, it’s time to sell tickets to the circus.