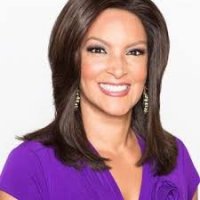 In just over two weeks, Cheryl Burton, a stalwart for the past 26 years on Disney’s WLS in Chicago will move into the 10 PM anchor chair, the day after Kathy Brock leaves it on June 27th.

Burton, who joined the station in 1992 from KWCH in Wichita, KS will sit alongside Alan Krashesky at 10, while continuing to co-anchor with Krashesky at 5 p.m. on WLS and with Hosea Sanders at 7 p.m. on Weigel’s WCIU.

Judy Hsu, a 17-year veteran at WLS, will succeed Brock as co-anchor of the 6 p.m. newscast alongside Krashesky, while continuing to co-anchor at 4 p.m. with Rob Elgas.