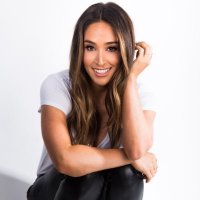 It was a quiet bow-out for Danielle Robay who signed off last week as co-host of “The Jam,” the news, talk and entertainment show airing from 6 to 8 a.m. Monday through Friday on Weigel’s WCIU in Chicago.

As we told you last month, Robay decided to leave the show after one year to go home to Los Angeles to seek her fortune there.
She once worked there as a contributor to NBC-owned KNBC and as host and producer for “Entertainment Tonight Online.”

While the proverbial nationwide search for her replacement goes on, guest hosts will be filling in each morning on WCIU alongside continuing co-hosts Jordan Cornette and Felicia Lawrence.