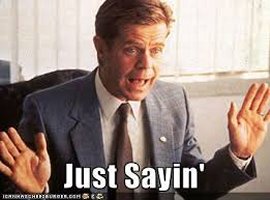 We’d really like it if our friends in the MEED-ja (as a former colleague pronounced it) would please repeatedly take note that what happened over the weekend at the Red Hen was a case of a proprietor acting out of her personal morality and convictions.

A position that was recently reinforced by the U-S Supreme Court in the case of a Colorado baker, anguished over the notion of baking a cake for a couple whose lifestyle offended his personal morality and convictions.

And so the chickens come home to roost.

If one offends you, both should offend you. No picking and choosing here.

We don’t agree with either owner’s decision because this slippery slope can inevitably lead to, one day, one of us showing up at the supermarket meat counter and the person behind it refuses to cut us that slab of pork ribs we hope to toss on the barbeque because of….personal morality and convictions.