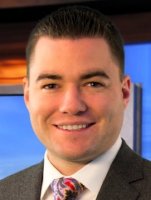 He most likely won’t have to get used to a bunch of new corporate officers since he’s coming from Sinclair’s Dayton, OH duopoly WKEF-WRGT, just east on I-70 a bit.

Yeah, we know Cunningham Broadcasting is the license holder for WRGT, but c’mon, people.

Try to keep up.

Sullivan previously worked in Rochester MN and in Boston in his native New England.