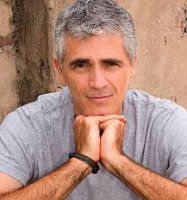 Bruce Turkel, a Miami ad man who was a regular face on Fox News over the years, took himself off the Fox air this week, expressing his disgust with the network’s immigration coverage.

Turkel singled out Ann Coulter and Sean Hannity for remarks on the children affected by President Donald Trump’s family-separation policy.

“Accepting that this misguided policy is wrong doesn’t depend on which side of the political aisle you’re on. It doesn’t matter if you support immigration and immigrants or if you don’t,” Turkel wrote in his open letter to Fox News. “Separating innocent children from their parents and jailing them is just plain wrong.”

But Turkel can expect to become a target of derision by the aforementioned Coulter and Hannity, who will likely be joined by Laura “Summer Camps” Ingraham and Tucker “Me Too” Carlson.