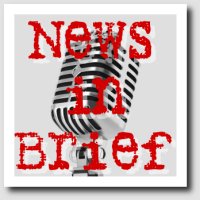 Veteran newsman Jerry Howard has been promoted to news director for KNPN/KNPG/KCJO-TV in St. Joseph, MO, a cluster of stations owned by News Press and Gazette.

More in this item from sister NPG property NewsPressNow.com.
<<<>>>
ANOTHER MMJ IN HOUSTON

Disney’s KTRK has added Charly Edsitty as its newest MMJ.

She’s coming from Tegna’s KPNX in Phoenix, where she started in 2013 as a producer.

Edsitty is a Native American (Navajo) who is a graduate of the Gannett Talent Development Program and the Freedom Forum’s American Indian Journalism Institute.

Carly Cassady gets the nod as the new weekend morning meteorologist at Hearst’s WXII in Winston-Salem, NC

She came to the station from Gray’s WBTX in Bryan, TX.

Before that she worked in Twin Falls, ID.

The Kansas native is a University of Memphis grad with a Mississippi State certificate in meteorology.