Last week we reported that MSNBC was looking for a new EP to help create a new weekend morning program that they hope will knock your socks off.

But where would it go? 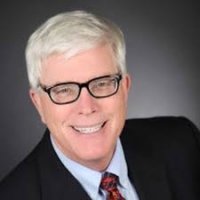 In Hugh Hewitt’s old Saturday AM slot, evidently. At least for starters.

Hewitt announced that this weekend’s show was the last, even though he will be staying on at the network as a conservative commentator.

“Such activity is a violation of our standards,” scolded the bosses.