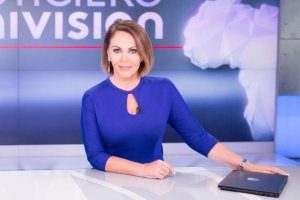 Telemundo kept it under wraps as long as it could, but just days before she showed up on the air, news leaked that former Univision anchor legend María Elena Salinas would be a part of the Comcast unit’s Mexican election coverage.

Salinas, the longest-running female national news anchor in the United States, worked for rival Univision for over 30 years, where she covered multiple elections in Mexico, her family’s country of origin.