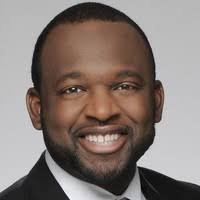 Tracy Clemons will debut next Monday as the new morning co-anchor at Tribune’s WGHP in Greensboro-High Point, NC.

He’s coming to North Carolina from Houston, TX where most recently he was Press Secretary for the Houston Independent School District, a job he held for about a year after leaving Disney’s KTRK, where he was an MMJ for three years.

“I just couldn’t stay away from news,” Clemons said on Facebook