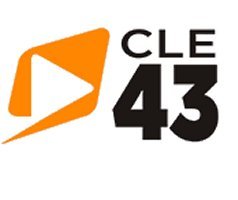 Come Monday, CW viewers in Cleveland, OH will be looking at a new station as the network affiliation moves.

Raycom’s WUAB is the new CW affiliate as of Monday.

As a result, the WOIO-produced 9PM newscast on WUAB is being dropped to accommodate CW prime-time programming.

That’s the bad news. The good news (sort of) is that the 10 pm half-hour is being expanded to an hour.

Sometimes, we go the half-full route.

Left out in the cold is WBNX, the Akron-based tv station owned by Winston Broadcasting, which held the affiliation for the past 12 years, dating back to when the CW was formed..

One option is that WBNX will picks up the My-Network-TV programming. Option 2 is to go completely independent.