It’s one of the lesser examples of intra-party feuding in Washington, but in this case, it does represent a victory of sorts for the GOP establishment over the Trump wing. 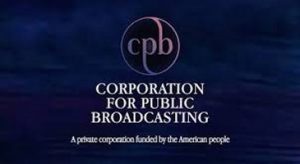 The House Appropriations Committee approved full funding for the Corporation of Public Broadcasting of $445 million of fiscal year 2021, plus another $20 million for interconnection and other technical services.

It’s a way of insulating public broadcasting from its traditional role of punching bag for ideologues who wouldn’t be caught dead watching anything on public tv…but just know in their gut it’s wrong.

President Donald Trump has been pushing Congress to phase out funding for noncommercial broadcasting, which pitted him against Patricia Harrison, a former top Republican party official and now CEO of the Corporation for Public Broadcasting.