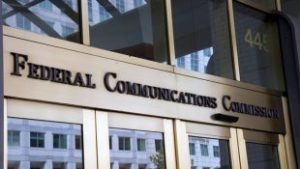 What looked for the past year like a sweetheart deal simply being held up by bureaucratic red tape and mere technicalities that were going to swept aside is now looking more like a romance gone awfully wrong.

We’ve been telling you for a couple of days that the Sinclair-Tribune $6.6 billion merger was on the ropes after industry lobbyist/FCC Chair Ajit Pai expressed misgivings over “significant questions” about Sinclair’s much-revised plan.

The regulator, strongly questioning Sinclair management’s character, issued a hearing designation order (HDO) that will require several more weeks of review — including a possible hearing before an administrative law judge – which is generally considered a place where deals go to die.

The order outlines issues we’ve been talking about for months:
The transfer of WGN to Steven Fader who has no prior broadcasting experience and serves as the CEO of a company in which Sinclair’s executive chairman David Smith has a controlling interest.
“Moreover, Sinclair would have owned most of WGN’s assets, and pursuant to a number of agreements, would have been responsible for many aspects of the station’s operation,” the FCC said. “Finally, Fader would have purchased WGN-TV at a price that appeared to be significantly below market value, and Sinclair would have had an option to buy back the station in the future.”

Also questioned was how Sinclair planned to deal with KDAF in Dallas and KIAH in Houston, both of which, until Wednesday, were to be sold at a bargain price to Cunningham Broadcasting, a shell company Sinclair has used in the past to get around ownership conflicts in several television markets.

On Wednesday, Sinclair tried a “Hail Mary”, pledging to outright buy WGN itself and not through the car dealer and put the Texas stations in a trust, to be sold later.

The FCC won’t consider that last-ditch effort to fix the problem with the three stations.

“Given the seriousness of the issues presented, we direct the Media Bureau to hold in abeyance all other pending applications and amendments thereto related to the overall proposed Sinclair-Tribune transaction until the issues that are the subject of this Hearing Designation Order have been resolved with finality,” the FCC said.

“Tribune Media has now had the opportunity to review the FCC’s troubling Hearing Designation Order. We are currently evaluating its implications and assessing all of our options in light of today’s developments,” Tribune said in a statement released Thursday afternoon. “We will be greatly disappointed if the transaction cannot be completed, but will rededicate our efforts to running our businesses and optimizing assets.”

Tribune can walk away from the deal August 8.

Sounds like the company has already started backing off.