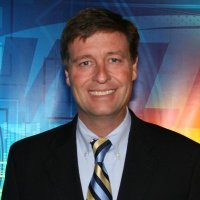 WAPT GM Mike Neelly believes viewers should recognize that the recent violence against journalists is misplaced and should stop and this week he delivered an editorial to that effect.

“Many on social media even seemed to support the attacks, echoing the rallying cry that the media is the enemy,’ Neely said during an editorial segment. “But those inciting violence forget one important fact: The people behind your local news are your neighbors and here to serve you.”

Neely cited the recent deadly attack on the Capital-Gazette in Annapolis, and an incident at WKRG, the Nexstar station in Mobile, Alabama, when someone fired shots into the station.

“We want to make this a better place by defending, protecting and fulfilling the First Amendment.”

Anybody else care to step up?