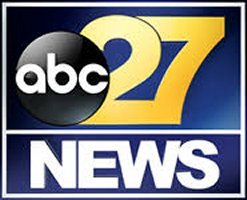 “The Philadelphia Inquirer” provides a scoring update on the station where at least 10 employees — seven women and three men — have either left or given notice since veteran anchor Flora Posteraro exited the station in March, claiming she was forced out after speaking out about newsroom working conditions.

In some cases, employees left without another full-time job waiting for them. Others have opted out of contracts after less than a year at the station, despite strict non-compete clauses and potentially owing hefty “buybacks” to Nexstar.

The center of the storm is general manager Robert Bee, whom Posteraro accused of disparaging and demeaning female anchors while giving preferential treatment to their male counterparts>

It’s not just employees who have fled the station.

Four companies — Giant Food Stores, Faulkner Automotive Group, Platinum Preowned LLC and Capital Blue Cross — have all pulled their ads in response to the allegations about the work environment within the station.

One wonders how all this is playing in Irving, TX, Nexstar HQ.