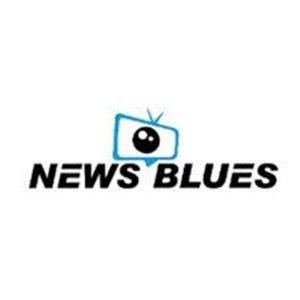 It was a hot August night back in 1998 – before Facebook, before Twitter, before the Internet became inextricably bound to us every day, that NewsBlues was born.

It was during an evening stroll that founder Mike James and his partner in grammatical correctness Mona Scott  came up with the notion of a website called NewsBlues that would be a place to  look at what ailed the business then (and which, through the ensuing decades, has only gotten more dire).

For the next 19 years, Mike and Mona plugged away until he decided he’d had enough.

He was talked out of his original plan to just have the site “go dark” by Rick Iler, a former news director who had become an entrepreneur with businesses focused on media.

Rick bought Newsblues, hired a rather cynical former news director (your cranky editor) and in June of 2017, NewsBlues continued seamlessly under new ownership with the same old attitude.

A noticeable change came in January, when NewsBlues was relaunched with a new look, new features like the “College Corner” and old standbys like the enormously popular Sourcebook.

We’ve also expanded or critical eye to new media, including streaming services and social media sites that aspire to disseminate news with varying levels of success and expertise.

We’re looking forward to a future that already looks to be incredibly changed from the environment in which the idea for NewsBlues was born back in 1998.

We all need to keep up and do our best to keep it honest and keep it real.

The boss, as always, gets the last word.

“NewsBlues is the closest you can get to a legacy company in the Internet age and I am proud to be its new steward as we continue to move through the startling change the media landscape is undergoing.”

“Join us for the journey and don’t hesitate to share your observations of where the electronic news business is going and where it has been.” –Rick Iler, Owner-Publisher of NewsBlues

And no, cake is not being served.