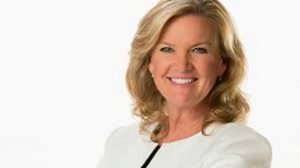 coverage by KTVU of the fatal stabbing of 18-year-old Nia Wilson has evidently raised the ire of veteran station anchor Pam Cook.

It was ONLY Fox-owned KTVU that chose a photograph showing Wilson, who is black, holding an object that appeared to be a firearm. It was later determined to be a cellphone case.

The station issued an apology for the poor choice. The apology was first issued online and then read on-air.

Lieberman, who is known for his tenacious coverage of media errors, pointed out that the controversial broadcast happened in the noon news hour — the same time slot when KTVU bungled the names of South Korean pilots who were flying an aircraft that crashed at San Francisco airport in 2013.

Lieberman followed-up his post a few days later with a scoop that the picture had prompted KTVU’s parent company Fox Broadcasting to dispatch a team of media liaisons to Oakland for what he described as an “internal inquiry” and that station management would be exploring whether the photograph’s airing was the result of personal misconduct.

She fired off a letter to the newsroom staff (which Lieberman reported in his blog) warning them to stop feeding material to Lieberman.
“…you are giving private, personal, and company information to someone who conducts himself in a deplorable manner.

He continually degrades women, asking his followers to rate female journalists in terms of their looks, and sexuality.

He tries to dig up dirt on all of us, and ‘reports’ his findings without concern about true facts, or care for how the information may affect someone’s personal or professional life.

It is cyber bullying.”

Lieberman has a long-standing reputation for off-color commentary as well as countless scoops about what’s going on in San Francisco/Oakland media.

And it’s this post about still another instance of poor judgement in the KTVU newsroom that triggers charges of sexism and bullying?

With corporate getting involved, someone’s being a stalking horse for management struggling to cover its nether regions.