So much for the notion of transparency – in an organization that insists on it in others.

The former managing editor of Snopes.com, the fact-checking website, says she still doesn’t know why she was fired….or her position was eliminated. 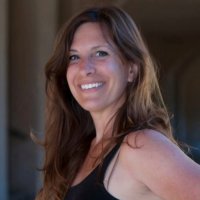 Or whatever it was that happened that led to Brooke Binkowski no longer being the managing editor of Snopes, a position she held for about three years, right up until she was told her services were no longer needed 10 days ago.

“I honestly have no idea,” the former Snopes managing editor said. “I was given no hints. I was never written up for anything.”

She joined in 2015 to lead the site’s editorial team, which works remotely and has about seven staffers. By the time she left, she said she was editing about 15 stories a day, looking over video transcripts and handling most media requests.

“To me, this is symptomatic of a much larger problem of transparency within the company. Nobody is forthcoming with information that dramatically affects editorial,” Binkowski said. “One of those things was me not knowing if I was in trouble.”

Snopes’ management so far has nothing to say.

Binkowski thinks starting her own fact-checking site might be a future she could enjoy.