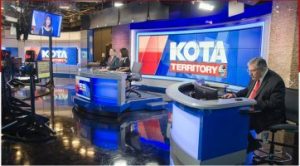 Gray, which also owns KSFY in Sioux Falls and whose purchase of KDLT in the same market is pending, cut the ribbon on a new television facility to house its West River duopoly.

A 40-year-old Rapid City building was remodeled to house the stations.

“Previously the two television stations were located at two different facilities in Rapid City,” said Chris Gross of KOTA/KEVN. “Bringing the two under one roof and sharing resources has enabled both local news operations to provide more content and news coverage to the Black Hills community.”

KOTA has long been a ratings behemoth in the western part of the state.