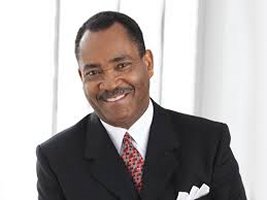 That is when an era ends at Tegna’s WFAA when veteran anchor John McCaa plans to hang it up and make his exit.

He’s going of his own accord after 35 years at the station.

Management wanted him to stay, but he had other ideas.
“It is not easy to step away from a business in which you have worked for two-thirds of your life and loved even longer. I have always accepted as true that God gave me the opportunities I have had in this field and no one could keep them from me. But that when God decided it was time for me to quit, there would be nothing I could do to successfully continue in this profession. Having sensed that it is that time, I am stepping away.”

McCaa joined WFAA in 1984, originally as a reporter in the Dallas-based station’s Fort Worth bureau.

He’s been a weekday anchor since December 1991, when he teamed with the late Chip Moody on the 5 pm newscast.

Since August 2002, McCaa has been part of the station’s 10 p.m. weeknight anchoring duo.

In 2015, McCaa earned a Ph.D in humanities-history from the University of Texas at Dallas.

He has long expressed an interest in putting it to use in the classroom.