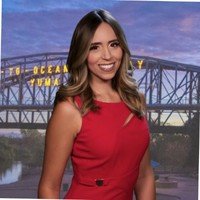 We told you a week ago about Yuma reporter Vanessa Dillon’s arrest on a domestic violence charge.

Now, the investigative reporter for News Press and Gazette’s KYMA has resigned, according to the station.

She had been suspended by the station, despite the charges being dismissed several days after her weekend arrest.