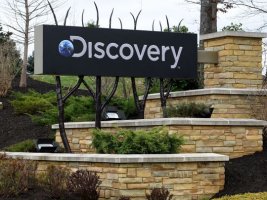 The sign was just recently put outside the building so those who lost their jobs know who to hold responsible.

A company spokesperson confirmed the job cuts, but refused to say how many people would lose their jobs.

Staffers received pink slips just as Discovery CEO David Zaslav signed a new, lucrative contract that would keep him at the media company through 2023.

Evidently, the headcount at the Knoxville office will remain the same, because Discovery is moving a chunk of its operations to that office, as well as New York City, while closing a Maryland office.

Scripps employed about 1,000 in the Knoxville area prior to its acquisition.