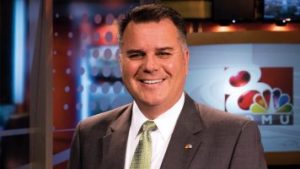 After 29 years at the station, and the last ten months serving in an interim capacity, Matt Garrett finally got the nod as the permanent general manager at the University of Missouri’s KOMU.

Well, as permanent as a general manager can be these days.

Garrett is a ground up kind of guy, having started at the station in 1989 as a production assistant, up through programming and sales before becoming the director of audience development in 2002.

In that capacity, he directed the station’s programming, marketing and community service initiatives.

Before Garrett was named to the role, Marty Siddall served as general manager from 1999 until his retirement in November 2017.