ESPN’s got themselves another retired NFL vet to sit in the analyst’s chair. 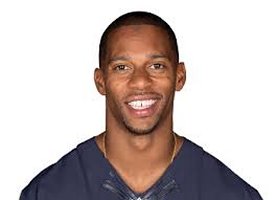 Cruz will appear on “NFL Live,” “Get Up!,” “SportsCenter,” ESPN Radio and other ESPN platforms

The announcement came in a video by Cruz in which he announced his retirement from the Giants.

All signs point to him being someone groomed for bigger things in Bristol.