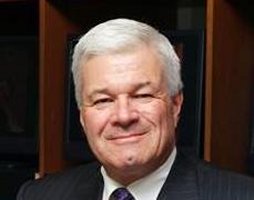 Those 23 years, and a total of 48 years in the tv business draw to a close in about six weeks as he steps down from the post.

Over those 23 years in St. Louis., he survived/endured/suffered five ownership changes at the stations.

Now, with the Sinclair-Trib deal a bust, Koch won’t have to go through a sixth change of suits.

“We’ve had so much going on over the years,” Koch said. “Like anything, I felt the time was right to go to another chapter with my family.”