It’s a given that once 21st Century Fox and Disney complete their deal and Disney takes over Fox’s entertainment assets, there will be a significant reorganization to fold all the news assets into compatibility with the old assets. 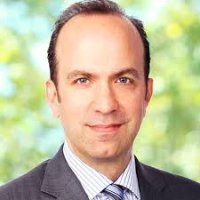 And one chess piece under scrutiny is Ben Sherwood, who is Disney’s most senior executive and who currently runs ABC, Freeform and Disney Channel.

Speculation has it that Sherwood may be looking at a return to his roots, heading up a heavily reorganized news and nonfiction content division.

That, in turn, led to his current job – which has experienced some reversals in recent month, including losing two of its biggest producers, Shonda Rhimes and Kenya Barris, to Netflix.

Sherwood and Disney have held preliminary talks about a job overseeing news across North America, Europe and India, according to the people familiar with the discussions.

If the talks fall through, Sherwood will likely “pursue other opportunities.”