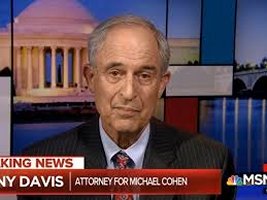 Michael Cohen attorney Lanny Davis went on “America’s Newsroom” the day after his client copped a plea and implicated his old boss in payoffs to former squeezes, where Davis bit the hand that feeds him face time.

When anchors Sandra Smith and Eric Shawn, as is the Fox habit, turned the conversation to the Clintons and the need for a special counsel to investigate them, Davis was ready with an answer.

“You didn’t state a single fact involving the Clintons, and although I have a lot of friends at Fox and have been a Fox guest on almost every show on Fox, that kind of rhetoric without facts is unfortunately too common on Fox shows. So, state me facts of what Bill or Hillary Clinton actually have done that would suggest anything illegal suggesting a special counsel.” 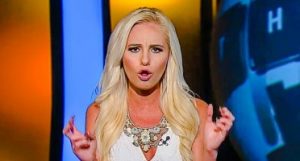 Blondiful Tomi Lahren made it the FOUR Dumbest People on Television when she joined the kurvy kouch of “Fox and Friends” and swore that no first lady has ever been treated as badly as Melania Trump.

Then she tried to make the case that Fox News NEVER, EVER criticized Michelle Obama. 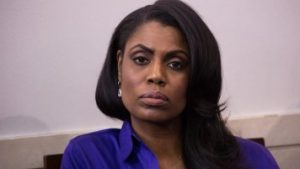 And over at MSNBC, an episode of sheer banality as the cabler trumpeted Omarosa’s appearance on “Hardball” with still another tape.

Yep there it was.

A video of Michael Cohen boarding the Trump campaign plane in 2016 back when they were BFFs.