Fox O&O WNYW in New York had a bumpy night two nights ago as the station lost Internet access, reportedly due to construction issues.

With the control room and studio essentially useless, the station moved its operations into temporary HQ at Fox News, two miles across town.

How bad was it? 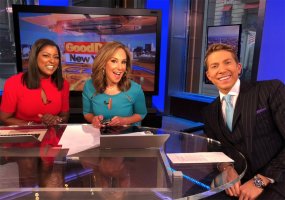 Earlier, the 5 PM Wednesday newscast was replaced by recorded programming…and Fox News anchor Shep Smith was plugged in to anchor a “special edition” of the station’s 11 PM newscast.

The issues have been (mostly) cleared up and WNYW is now back at home.