And like the giant Octopus it is, unable to control its tentacles in an orderly fashion, CBS did not bump up longtime Assistant News Director Lisa White.

Instead, the job went to Las Vegas News Director Mark Neerman of KSNV. 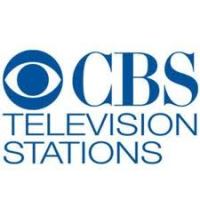 Neerman has been there since 2014.

Workers were disappointed according to insiders and longtime Managing Editor Peter Saiers is leaving on his own accord.

According to White, Saiers, who has worked at the station for 18 years will be walking out the door for good mid-September.

No immediate word if White will stick around.