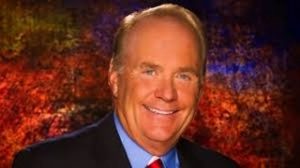 We are now marking two weeks since KPSP anchor Kris Long disappeared from the airwaves following a rather intemperate Facebook posting he published in support of Supreme Court nominee Brett Kavanaugh, using the time-honored “boys will be boys” defense.

The Palm Springs, CA station is eschewing the “suspension” word.

KPSP General Manager Jerry Upham said Long remains “on a leave of absence.”
“We continue to take the time to consider matters carefully and have decided to keep Kris off the air while we sort through the ramifications of his personal Facebook post,” Upham wrote.

Long, who earlier said he stood by his remarks, is now quiet as a church mouse, saying only he is “thinking of his future.”
“I wish I hadn’t a written (the post) because it’s caused me a lot of headache,” he said.

The well-travelled Long has been doing tv news in the Palm Springs market since 2005 after stints in Chicago, Pittsburgh, Phoenix, Denver and Dayton, OH.

Maybe tonight is the night.