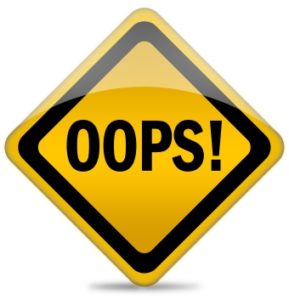 Our sources reported a rather goofy gaffe that happened at the end of last week when the Lonestar Emmy organization, which had been spilling hints and sneak previews of its nominees over the previous couple of days, inadvertently published the wrong list of nominees.

It was pretty quickly taken down and replaced.

But you know how those Emmy-hungry news folk are – watching like hawks to see if they get to play dress-up for a night.

So…quite a few individuals and stations thought they were nominated.

Our source tells us that several co-workers suddenly realized their names vanished from the list.

A computer glitch is being blamed, because it can’t defend itself.

But if you’re looking for an explanation on social media or their website, keep looking.

We kind of wonder how many folks spent the weekend shopping for new party outfits and don’t yet know they didn’t actually get a party invitation.