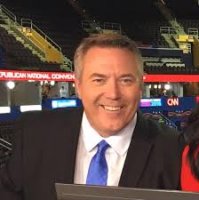 After 13 years over two stints, the last five of them as morning show anchor at Tegna’s WKYC in Cleveland, John Anderson bid farewell via social media to viewers Friday.

Anderson returned to WKYC in October 2012.

He anchored the morning show between 2000 and 2007 before leaving to work at WTXF in Philadelphia.

Next stop, TBA for the veteran whose station bio is already “404”.

The station’s morning show has undergone a radical format shift, with the emphasis on wandering anchors popping up live around town with occasional in-studio stops for weather and traffic.