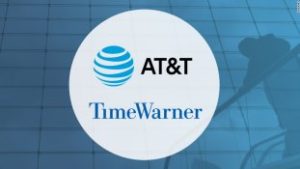 Remember all those public pronouncements of defiance when AT&T Chair Randall Stephenson said CNN was not for sale as his company was working to swallow up the cable network’s parent Time Warner?

A quote from that time in 2017: “There is absolutely no intention that we would ever sell CNN.”

It was evidently quote different behind the scenes.

Bloomberg is reporting that when Stephenson met with Department of Justice antitrust officials last year to try and grease the skids for the merger, he floated the idea of selling CNN.

This new detail is interesting because there was a wide perception at the time that DOJ was opposing the deal because of the Administration’s antipathy toward CNN – a sale could have thrown the network’s future into considerable doubt.

According to the transcript of a deposition before the government’s lawsuit seeking to block the deal went to trial, Stephenson was questioned by a Justice Department lawyer:
“And you were the first one to raise the subject of CNN?”

“Oh, yeah,” said Stephenson, who went on to say, “I asked Mr. [Makan] Delrahim, I think my language, this will be pretty close: ‘If I were to walk in here tomorrow and tell you I had gotten my head around selling CNN, would that allow you to wave this deal through?’ And he said, unequivocally, ‘No.’”

Now if you’re looking for spin, there are AT&T sources who say Stephenson was just trying to find out exactly what DOJ’s core problem with the merger was and CNN ownership seemed to be the most obvious.

Because why the hell would ANYbody ever think that the loss of consumer benefit might have factored in?