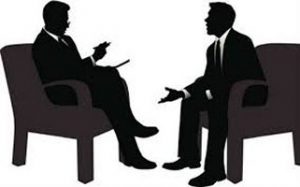 It has been noted more than once over the past couple of years that Mr. Trump has made a habit of granting interviews to media outlets he deems friendly – Fox News far outdistancing whoever it is that would come in number two.

The fact that he has gotten away with it has had a troubling cascading effect down the line, as pointed out in a recent article in the Buffalo News.

The last thing the country needs is allowing people in power to select who in the media can talk to them. It rarely goes well for the public.

Rep. Chris Collins wasn’t available to most media outlets during his race against Democrat Nathan McMurray. In a post-election interview, he said that was by design because the media wasn’t part of his strategy.

However, he did sit for an interview with WIVB-TV (Channel 4) anchor-reporter Dave Greber, who went soft on him.

On election night, Collins took some shots at the media before mentioning he “answered the media when they are reasonable.”

The last thing the media wants is having an interview subject define what is reasonable.

When reporters willingly act as stenographers or human mike stands, they are avoiding their job.

And no reporter should be proud of being some public official’s pet go-to person.

At the very least, the relationship should be one of mutual respect.

The Acosta route is not the preferred route by any stretch – but the Dobbs-Hannity-Bartiromo approach is repugnant.