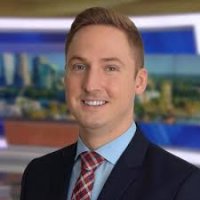 Derek Schnell is the new news director at KCRA/KQCA, the Hearst duopoly in Sacramento, CA.

Schnell is being bumped up from co-assistant news director.

He joined the station in 2014 as an executive producer after serving at Hearst stations in Oklahoma City and Kansas City.

Schnell succeeds Lori Waldon, who we told you yesterday was promoted to president and general manager of Hearst’s KOAT in Albuquerque, NM.