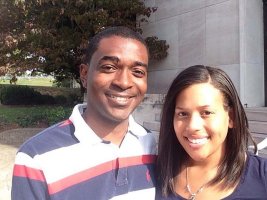 Anchor Sydney Cameron and investigative reporter Curtis McCloud turned up in Orlando, FL this month after saying their  goodbyes at Nexstar’s WJHL in Johnson City, TN, in October.

McCloud is now the newest investigative reporter at Spectrum’s News 13.

Cameron is set to start soon at Fox-owned WOFL.

“Well into my second week here at Spectrum News 13 in Orlando! Thanks for the many messages and calls during this transition as my family and I move to Florida,” McCloud said a Facebook post this week.

The couple had been in Johnson City since 2015.