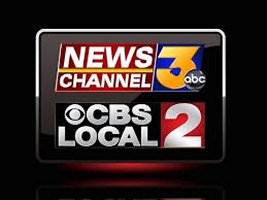 Back in 2012, KESQ and KPSP, both in Palm Springs CA, began working under one roof, producing different newscasts with different staff.

Starting this week, KESQ is producing a simulcast of news for the two stations.

The suits would like you to believe the operation is an expansion – as if you aren’t supposed to notice that KPSP staffers are being pink-slipped.

“We will unite all our resources into strengthening the News Channel 3 brand and making it an even more dominant ‘Desert’s News Leader’ on all platforms,” said Jerry Upham, GCB General Manager, evidently with a straight face.

While an additional half hour of news, daily, will show up on KPSP, several of its personnel are being given additional duties while others are discharged.

For instance:
CBS Local 2 evening news anchor Brooke Beare will join the News Channel 3 Investigative Team (I-Team), while continuing to anchor the 6:30pm News, which will now be branded as a News Channel 3 newscast that airs exclusively on CBS Local 2.

In addition, a KPSP morning anchor is being moved to weekends, as is a meteorologist.