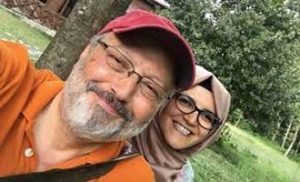 While Senate leaders declared they were convinced that Saudi Arabia’s crown prince was behind Khashoggi’s torture, murder and dismemberment, Utah Republican Congressman Chris Stewart shrugged it off.

“We have to have a relationship with players we don’t agree with,” Stewart, a member of the House Permanent Select Committee on Intelligence, told CNN anchor Brianna Keilar. “Journalists disappear all over the country.”

The journalism community might want to thank Congressman Stewart for his cavalier attitude.