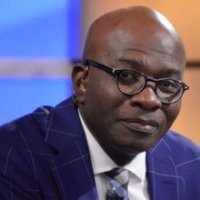 Armstrong Williams, political commentator/entrepreneur/author/radio-tv host and CEO, weighed in this week with an opinion column focused on the proposed Nexstar-Tribune merger, making the case that the necessary spinoff of tv stations to complete the deal be focused on potential minority owners.

Like Williams, you see.
“[T]he Nexstar-Tribune merger presents an historic opportunity to advance minority ownership and diversity within the context of the divestiture requirements the FCC and the DOJ, pursuant to its anti-trust analysis, will have. As one of the only African-American owners of television stations in the nation, I sincerely hope this happens.”

Both “Broadcasting and Cable” and WJLA.com provided Williams with space for his opinion piece.

Wait….WJLA….isn’t that a Sinclair station?

The same Sinclair that lost out on acquiring Tribune because it couldn’t stop playing game with its thinly-disguised ploy of selling off conflicted stations to either shell companies or beards who would then assign day-to-day control of those stations back to Sinclair?

He does provide a shout-out to Sinclair as a sort of redemption offering that Sinclair WANTED to do the right thing…
“Oh sure, there has been plenty of rhetoric by the FCC and “public interest” groups about minority ownership uniquely advancing community service, diversity, and providing an overarching public benefit, etc. But in my case, just at the critical time when there was a real chance to advance African-American ownership with the spin-off by Sinclair to my HSH company of three stations in markets with no minority television ownership some complained that the sale shouldn’t be permitted because I was buying the stations at an under-market price.”

The ultimate problem was Sinclair’s attempt to retain control of stations it was supposed to be selling off.

Williams’ specialty has been acquiring licenses and then, through Joint Sales Agreements and Shared Service Agreements, turning over control.

That’s not station operation, by any stretch.